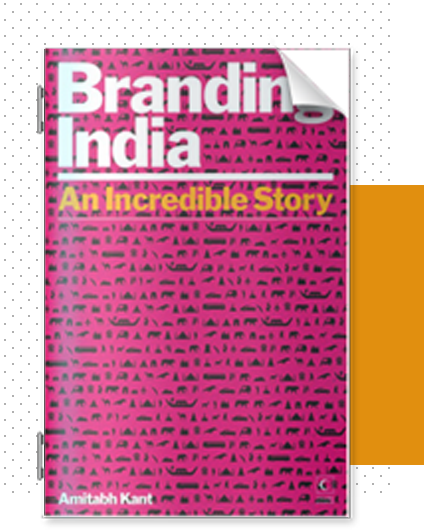 This is the story of how the largest democracy in the world, with twenty-eight states, seven union territories, eighteen official languages and 1.12 billion people spread across 3.29 million square kilometres of breathtaking geography and history, was brought together under the realm of tourism by a simple branding exercise that unified this magnificent diversity.

Put in a line, this sounds simple and nice. But in fact it was an unbelievably complex and intricate exercise. As tourism is a multi-sectoral activity, it required intervention from every possible government sphere – infrastructure, urban development, health, culture, railways, shipping, rural development, environment and forests, civil aviation, roads and highways, home affairs… the list is endless. To achieve a synergy, however minimal, among these departments and move ahead without making too many compromises was a huge task. That it was accomplished was, of course, thanks to many colleagues in the government and the private sector, who battled all odds for the cause of Indian tourism.

This was the period (2002 to 2008) when a paradigm shift was made towards strengthening tourism infrastructure at key destinations, civil aviation was radically liberalized, e-business made travel and tourism click, leading hotel chains entered India, young entrepreneurs blossomed and innovations such as medical and rural tourism and cruises added to the diversity of the Indian experience on offer. This was also the period when tourism was increasingly viewed as an instrument of employment creation and sustainable development.

All this was backed by a perfect environment. The country was on a roll. India Inc. was at its best – stock markets were soaring, infrastructure projects were thriving, foreign direct investment was pouring in, entrepreneurship was flourishing, and disposable incomes had hit never-before highs. And most importantly, perhaps, people started investing big-time in travel – in experiences that added value to their lives.

The best part was that 'God' taught me the basics in his own country. My experience in Kerala (as its tourism secretary from 1997 to 2001) was a blessing in more ways than one. After having partnered Kerala's incredible journey from an unknown destination to India's No. 1 tourism hotspot, moving to the tourism ministry in Delhi in late 2001 was the perfect challenge for me. However, the dynamics and scale of this challenge, as I discovered in no time, were frightening. The biggest challenge was the task of holding the entire canvas together with one powerful idea that would help achieve the vision of unifying India as an aspirational destination. After almost a year of research, debates, discussions, public contests, focus groups and what not, that idea was christened 'Incredible India!'. Thus began a journey that spanned over six years – during the course of which India metamorphosed into one of the top destinations of the world (CondeNast Traveler Readers' Award ranked India as the World's No. 1 preferred holiday destination in 2007).

The economic downturn and the cowardly terror attacks in Mumbai have adversely impacted tourism. Inbound tourist inflow during the first three months of 2009 has seen a decline of around eighteen percent as compared to the same period last year. The Taj and Oberoi hotels became targets because they were in the heart of the city, were easily accessible, and were prestigious targets as they were full of foreigners and local elite. Most importantly, the targeting of international tourists generates a great deal of media attention, leading to tourists avoiding the destination. It is to achieve this result that not merely the Taj and the Oberoi in Mumbai but the Grand Hyatt and the Radisson in Aaman, the Hilton in Taba, the Marriot in Jakarta and Islamabad and the Serena in Kabul have been attacked by terrorists. The attack in Mumbai will force the travel and tourism industry in India to fully prepare for security threats and, in many ways, alter the way the tourism industry works.

A remarkable feature of the attack on the Taj and the Oberoi in Mumbai was the exemplary courage and selfless service displayed by the hotel staff. They went beyond the call of duty – caring, guiding, advising and even supervising operations during the long drawn out attacks. Several leading chefs and staff members lost their lives while saving the lives of the guests. Karambir Kang, general manager of the Taj in Mumbai, lost his wife and children and yet worked through the crisis to help guests. These are the men and women who have made Indian tourism proud.

In many ways, tourism is an antidote to terrorism; it is a catalyst for employment creation, income redistribution and poverty alleviation. In fact, one of the best ways to fight the terrorists is to support travel and tourism.

I have no doubt that the tourism industry will be resilient and bounce back as it did post-September 2001. Tourism has a unique capacity to adapt and survive. It has constantly demonstrated its extraordinary resistance and ability to overcome crises. External events impact tourism only temporarily – they redistribute it geographically and alter the product use but are not able to bring it to a halt. The need for travel, for business as well as leisure, is an intrinsic part of our lives. The latest VISA / PATA Asia Pacific Travel intentions survey, 'Determining Travel Preferences in 2009 and Beyond', found that while the global economic scenario will impact tourism, it is unlikely to bring travel to a standstill. It establishes that travellers will be more creative in their selection of destinations. The survey found that thirty-six percent of the people surveyed did not expect to make any changes in their travel plans in the near future while sixty-four percent of respondents were reviewing their plans in the light of economic uncertainty. Among those respondents reviewing their plan, fifty-seven percent stated that they would still travel but would look for cheaper alternatives while thirty-eight percent said that they would travel within their own country instead. Only thirty-six percent said that they would postpone their travel as a result of economic uncertainty.

The present crisis also presents an opportunity. The 'Incredible India' campaign emerged from the crisis that confronted Indian tourism in 2001-02. The 2008 terror attack requires another cohesive, concerted response. Till the mid-nineties, Kerala was nowhere close to being a tourism destination. Its emergence in great measure was due to traffic diversion from the terror-prone Jammu and Kashmir. Kerala was ready for this – it had developed new products like the backwaters and ayurveda; its entrepreneurs had created experiential boutique resorts; and proper infrastructure had been created. There is a need for more states to emerge as tourism destinations by enhancing the quality of experience on the ground, by improving their infrastructure and creating new sub-brands.

The massive potential of travel and tourism as an employment creator still remains untapped. The dynamism of an emerging economy, the impact of demographic changes, the rise of the urban middle classes, the shift towards experiential tourism, the role of climate changes and the evolution of technology, open up vast opportunities.

In the context of India, the vast potential of tourism as an employment creator and wealth distributor still remains untapped. The size of the tourism industry worldwide is US$4.6 trillion whereas the software industry globally is a mere US$500 billion. The tourism industry globally generates over 250 million jobs whereas the software industry generates only 20 million jobs. As India grows and expands its base in travel and tourism, it will generate many more jobs and the sector will become a major catalyst for India's growth.

Welcome to this incredible journey. 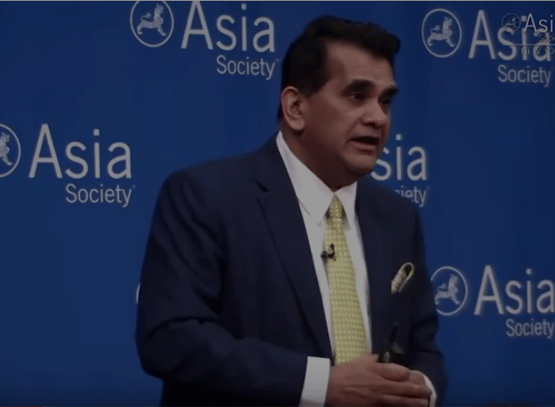 How to use Bhim and Aadhar 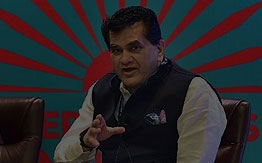 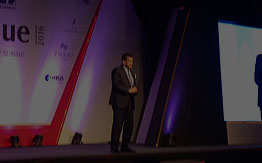